Alexander comes from a childhood challenged by homelessness and witness to significant drug activity, crimes, and violence, in Yonkers, New York.

At a crucial moment, a woman came forward to act as his legal guardian and helped him to attend a boarding school that nurtures and educates children in financial need to lead fulfilling and productive lives. Quoting Alexander; "Without her, it might never have happened because she came forward to act as legal guardian when my mother was sent to jail just as I was trying to get into the school. I had no relatives in the state and was going to be sent to a foster home."  With the help of the boarding school staff, he received a full college scholarship.

Alexander is now in his mid-thirties, is currently a Mental Health Clinician, and a graduate of Fordham University with an M.A. in Social Work, as well as of Xavier University in Louisiana where he received a B.S. in psychology.  He has worked for Hudson River Health Care as a Community Care Partner and Health Educator, and is a PeaceKeeper and involved in several movements reaching out to youth at risk. Alexander trains as a boxer, partly as means to nourish self-discipline, and partly upholding a vow made as a PeaceKeeper to not only to protect the women, children, and elderly of his community, but himself as well.

These photographs document Alexander's life today; his close friends and family, his activities, and his dedication to educating and mediating, and setting himself as an example to have a positive impact in his community. 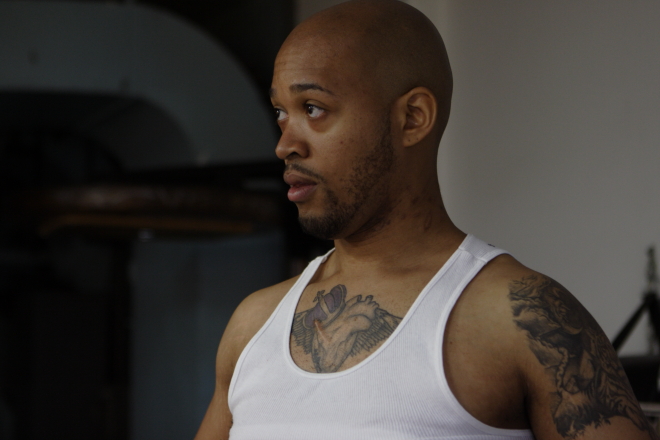